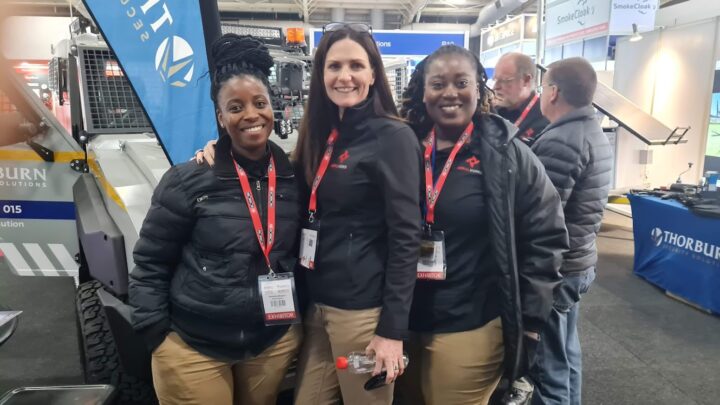 “In youth development in drones, it’s good to give first-timers a chance because they are the underdogs and have the most to lose if they don’t impress you.”  That’s just part of the motivation I gave when I was applying to be part of AB4IR’s Drone Diva training program funded by the Goethe Institut and delivered by Inspire Africa.

Never in my wildest dreams did I think that six months from then, I’d be sitting in an office, writing about my journey from being a Drone Diva to being a Drone Chic in a commercial drone operation, UAV Aerial Works.

Youth Development in Drones – How it all went down

I was part of the first cohort of the Drone Diva Training Programme where we did drone training. So basically this was almost a crash course on the drone industry as a whole. From virtual simulations to flying the DJI Tello drones.

Drone cinematography and Drone league racing were also a blast because we got to see what else can be done with drones. Whether it be for recreational or commercial purposes. Whatever your poison is we learned that there were potential profits that could be made and possibly turn a hobby into a career and make money in the Drone League. In 3D printing and modeling, we learned how to build our drones, using a 3D printer.

Introduction to drone operations is where the real hard work began. This needed us to open our minds and ears. Because we were ultimately getting information on how an actual Commercial Drone Operation (ROC) worked and what it entailed. Like operational planning that took place before a drone could take off. All I can say is, Paperwork! Paperwork! Paperwork!

On our last week, we were divided into groups where we had to do a project on cinematic drone work and industrial inspections and DroneDeploy data processing. Which was a pain in the butt because I struggled with this. But it opened my eyes to the endless possibilities within the drone industry and gave me a better understanding that there was more to the drone industry than just flying a drone or being a DRONE PILOT – this is what Youth Development in Drones is all about. Lastly, we had to do video editing and presentations and a drone deployment analysis.

We closed with our certificate ceremony, which was a bittersweet moment for all of us. We were happy to have been part of this exciting program. Where we were allowed to learn and get exposure to the droning world, but we were sad that know we had to leave. Check out this cool video about the programme – I feature 🙂

This is where the Youth Development in Drones came into being. The long wait began after we were done with our program. The fear of uncertainty is a painful one. Little did we know, that that long wait was just the calm before the storm. I got a call from my facilitator Matt Brooks who I now consider a mentor and a friend and he said, Kim James from UAV Aerial Works was going to give me a call with an exciting job opportunity.

As promised Kim did call me and we had a very long chat about my prospects. I loved her energy from the get-go. It wasn’t just a normal “hey come work me” kind of chat, but it was a genuine conversation where this industry leader was coming to me with insider knowledge, telling me how the industry worked. She was spitting facts and I took the bait. I wanted to know what she knew if not more and after giving it some thought I accepted her offer.

Where are we now?

Ontiretse, one of the other Drone Divas, and I joined Aerial Works at a very crucial time since its inception in 2018. A lot was going on. We had a SACAA Renewal audit to get ready for. Many major projects were taking off and the company as a whole was undergoing some major expansion. It was daunting at first but with a leader like Kim, we started understanding that there was nothing to fear.

We became her little chicks or ducklings, literally. She took us everywhere and we happily followed her because she made us feel, safe and secure. I mean what better way to learn than jumping into the deep end with someone you trust. Someone you know won’t let you drown. That person for me and I’d like to think that for Ontiretse as well as Kim and of course the other leaders in the company.

I remember when I first fell in love with drones. It was a fixation on being a drone pilot where I had made it my mission to have my pilot’s license by a certain time and I would be flying, but life like they say had other plans for me.

I discovered and understood pretty fast that anyone could fly a drone. Heck! People do it every day, many illegally of course, but not everyone could do what Kim, Andre, and Bertus do daily. Bertus, our Accountable Manager put it nicely when a client group visited our offices and said; “An ROC is like running an airline”. Ever since I heard those words, they have stuck with me. It finally hit me. Manned or Unmanned. Crewed or Uncrewed. This is aviation. The laws and rules that govern the Boeings and the heavily epauletted Emirates pilots, govern us as a Drone Industry too.

My future is bright

In two months I’ve been exposed to conferences, exhibitions, audits, training programs, endless clients, and partners. The list is endless and I can’t begin to explain how grateful I am for that. Because you need to understand that we are arriving into this industry at a time when they, themselves as a drone industry are growing. So there’s a big debate on whether to drone or not to drone? More and more conversation on how the regulations and regulators are antagonizing especially to operators.

Don’t get me started on this debate with regards to the fishing industry. It’s heavy and it’s a lot, but being here when this very conversation is being had is something else, if not a blessing because you get to weigh in on it, after hearing arguments from both sides.

I could go on and on about this for days if I could, but I’m not. In closing, I’d like to add that I have learned so much about the drone industry as a whole, but none of this would have been possible without the groundwork laid by Matt Brooks and the Inspire Africa team. Yes, they couldn’t teach me all the ins and outs of the industry but the strong foundation that they laid, prepared me for my future in this industry. The drone industry.

If you would like to hear how a youth development programme turned into a real opportunity for me, contact me on veronica@aerialworks.co.za.