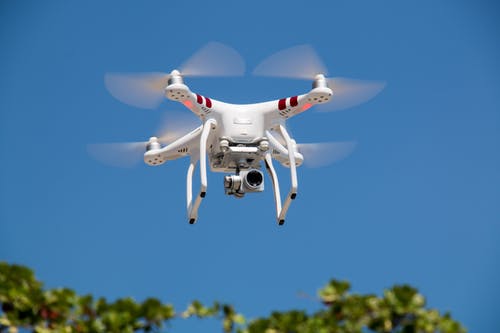 So, you’ve bought an Unmanned Aerial Vehicle (UAV), also referred to as a Remotely Piloted Aircraft (RPA), and for most of us, even better known as a drone…  Now for the next logical question. “Where can I fly my drone legally in South Africa”?

Firstly, let’s distinguish between private and commercial drone operations.  According the South African Civil Aviation Authority (SACAA), private use means the drone may only be used for an individual’s personal and private purposes. And where there is no commercial outcome, interest or gain.  Basically, private use of a drone is when you are purely flying the drone as a hobby and are merely having fun with it.

What are the regulations regarding the private use of drones?

The use of drones has been regulated in South Africa since 2015. Read all about it in Part 101 of the Civil Aviation Regulations (CAR).  I can hear you ask:  “But why can I not fly my personal drone anywhere I want? Why all these rules”?  One thing many people forget, is the fact that drones share the airspace with manned aircraft, and as such are operating in the aviation environment.  Aviation Safety and ultimately the prevention of accidents that may put people in danger, is thus paramount.  Surely, we can all agree that aviation safety is more important than merely having fun.

Commercial drone operators are heavily regulated and are frequently audited by the SACAA to ensure compliance.  Private drone flyers are exempted from most of the commercial regulations but are expected to adhere to the R-VLOS rule, as well as to avoid ‘no-go areas’.  Note that these ‘no-go areas’ are not to be confused with DJI’s geo fenced no fly zones.

So, what does R-VLOS mean?

First, according to the SACAA, Restricted Visual Line of Sight (R-VLOS) means a drone has to stay within 500 m of the remote pilot. Second, the drone has to stay below the height of the highest obstacle within 300 m of the drone, during which the remote pilot maintains direct, unaided visual contact with the drone to manage its flight and meet separation and collision avoidance responsibilities. This is quite a mouthful, and needs to be analysed:

How far can I fly my drone?

The definition is clear on this – the drone may not fly further than 500 m (horizontally) from the pilot, and the pilot must always have visual contact with the drone.  This is important, because it is quite difficult to maintain visual contact with smaller drones, especially if they are white in colour.  Confusing a smallish drone with a bird at 400 m for example, is a reality.

How high may I fly my drone?

The official definition as stated above is quite confusing when it comes to height above ground (vertically).  It refers to remaining below the highest obstacle within 300 m of the drone (still within 500 m from the pilot).  Does this mean if the highest obstacle is only one-meter high, that you must fly the drone no higher than 1 m above the ground?  What if there are no obstacles?  How high can one fly the drone in such a case?

The current promulgated R-VLOS rule has a glaring omission and fails to mention the maximum height that may be flown.  It states that you may fly no higher than the height of the tallest obstacle, but what if this obstacle is 2000 m high?  May you then fly at 1999 m?  Surely not. It lacks a provision such as ‘…no higher than the highest obstacle within 300 m of the drone, but not higher than…’.  The commercial Visual Line of Sight (VLOS) rule states that commercial operators may not fly higher than 400 ft, or 122 m, above the ground.  Logically then, R-VLOS would either have the same maximum height, or a lower height may be imposed. But what is it?

The SACAA website alluded to a possible change in R-VLOS height – and states that 150 ft (45.7 m), is the maximum height that drones and toy aircraft may be flown.  We took the liberty and contacted the SACAA directly about this, and we were indeed told that the director saw it fit to issue a directive which is necessary for safe and secure operation of drones. Hence the change to a maximum of 150 ft above ground for R-VLOS.  We were further informed that this change may find its way into the regulations in the near future.

What else must I consider when I fly my drone?

Apart from flying no further than 500 m from the pilot and no higher than 150 ft (45.7 m) above ground, the following safety rules apply:

Do not fly near manned aircraft or closer than 10 km from any aerodrome, airport or heliport.  Aviation Safety!  Use the UAV Forecast App if you are unsure if you are within 10 km of any airport.  Remember to change the settings of the app, as it is defaulted for use in the US.  You can also consult Google Earth to determine your position relative to airports.

You may NOT fly at night.  Day only, only commercial operators may fly at night and only if approved by the SACAA.

You may not fly in controlled airspace, restricted or prohibited airspace.  This may be confusing for private flyers who has no aviation background. This information is only available on aeronautical maps or apps, or on Google Earth when set up with the kmz file that shows all relevant aeronautical information.  This file is available on the ATNS website.

You may not fly over or adjacent any National Key Point.  This includes prisons, court houses, police stations, power stations. etc. Another important no go area is South African National Parks.

Finally, you may not fly a drone that weighs more than 7 kg.  Anything heavier is no longer considered ‘hobby’ flying.

It seems that private flying of drones is severely restricted – so where can I fly my drone safely?

The truth is that the use of Private drones can only be done in fairly remote areas for which the person has permission of the landowner and where they will not be contravening existing Regulations, Municipal Bylaws or Privacy laws.  Another option will be to join the South African Model Aircraft Association (SAMAA) and use their airfields.

Remember that technology has overtaken regulations. That is to say, that a drone can technically fly much higher and much further than one is legally allowed to fly. Think about this… If you were to fly your drone as high as it could technically fly, you could very easily collide with a helicopter flying at 500 ft (152 m), which is where they are legally allowed to fly.

Hobby flyers often express their frustration with the SACAA rules and how restrictive these have become. Others simply contravene these rules and brag on social media with their sometimes absolutely stunning images taken with their drones.

The good news is that the newly formed Drone Council of South Africa is driving expansion of the entire drone industry. This includes hobbyists and those considering turning their hobby into a small business. Chairman Irvin Phenyane, said in July 2020, that the South African drone industry has to catch up. The Commercial Unmanned Aircraft Association of South Africa (CUAASA) is also working to consider suggesting a ‘Categorisation Model’. It would allow a one-person businesses to operate based on the size of their drone and a risk-based approach.

In the meantime, remember is that no one is trying to purposely ruin the fun. However, safety has to come first and flying a drone over people, or at extreme heights is not only irresponsible, it is simply dangerous. Always be safe!

This has been written by an aviator and post holder in a commercial drone operation. We believe in safety first and are happy to discuss and help educate the drone community. For any questions or more info, please feel free to contact us on https://aerialworks.co.za/